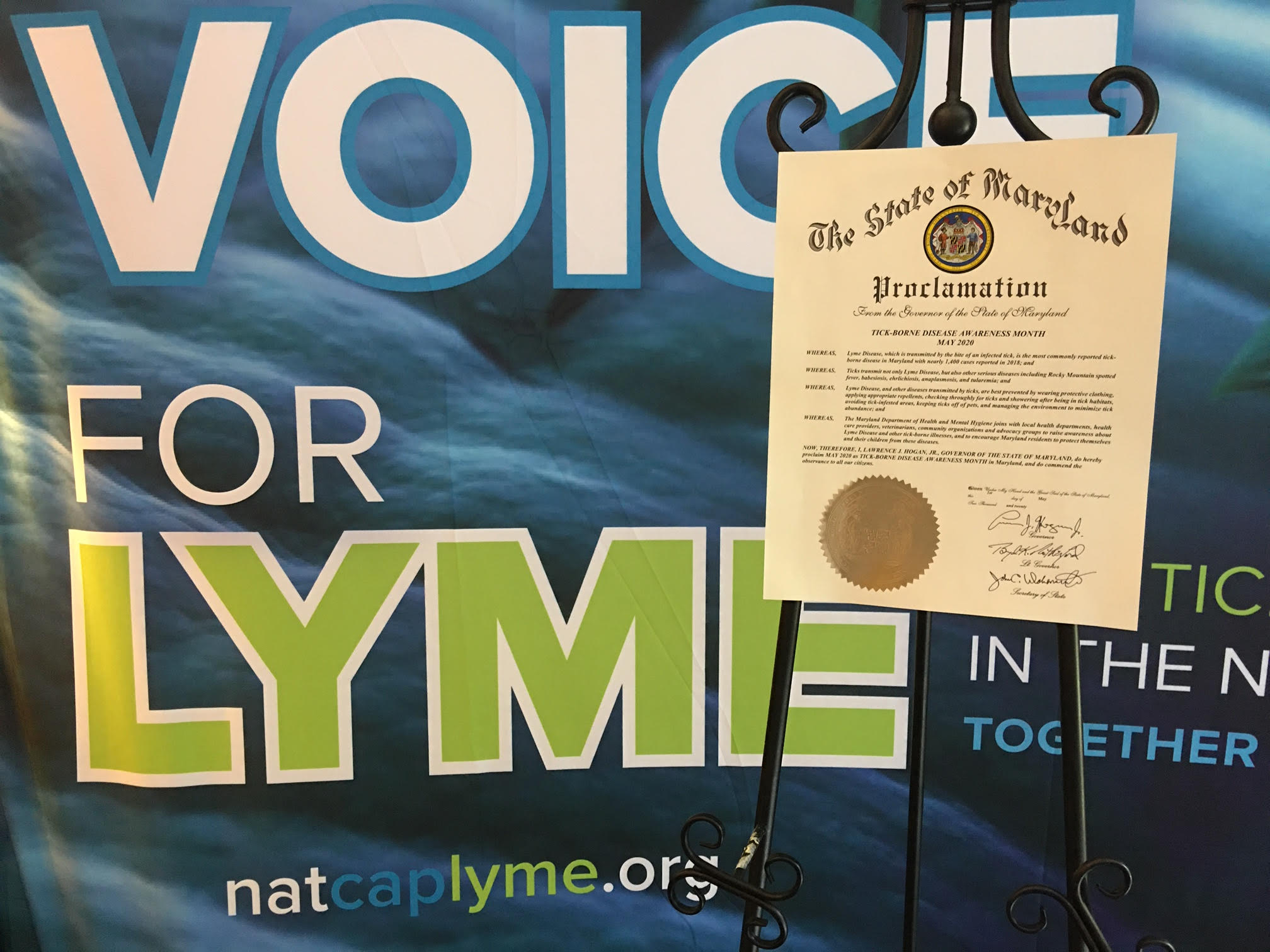 Maryland Governor has declared May as Tick-Borne Disease Awareness Month 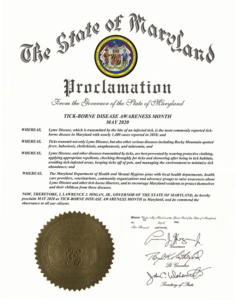 Maryland Governor has declared May as Tick-Borne Disease Awareness Month

With summer fast approaching and people spending more time outdoors, it is important for everyone to learn about, and take precautions against tick-borne diseases.

In the United States, tick-borne disease accounts for the majority of vector-borne infections reported each year. In 2018, nearly 1,400 cases of Lyme disease were reported in the state of Maryland. The Maryland Department of Health (MDH) recognizes the public health impact of tick-borne disease and encourages Maryland residents to learn how to protect themselves, their family, and their pets from tick bites.

The National Capital Lyme Disease Association (NatCapLyme) is grateful to Governor Hogan and the Maryland Department of Health and Mental Hygiene along with local health departments, healthcare providers, veterinarians, community organizations and advocacy groups for their continued commitment to raise awareness about Lyme and tick-borne diseases.