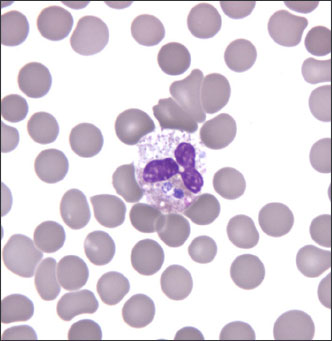 Human Granulocytic Anaplasmosis (HGA), or simply, anaplasmosis, is a disease caused by Anaplasma phagocytophilum. The pathogen infects white blood cells and is transmitted by the Lyme disease-causing black-legged Ixodes ticks.

Cats and dogs may also contract anaplasmosis, but they cannot directly transmit the infection to humans. Anaplasmosis in pets is evidence that the pathogen is probably present in the surrounding environment, so heightened vigilance of ticks is required.

Anaplasma phagocytophilum was established as a veterinary disease-causing agent in 1932, but wasn’t discovered in humans until 1990. Since then, the incidence of anaplasmosis in humans has greatly increased, and cases in Europe have been recognized as well. Antibodies to the disease are found in humans across the world, suggesting that infection is common, but rarely recognized. Anaplasmosis is treated with antibiotics in both humans and animals.