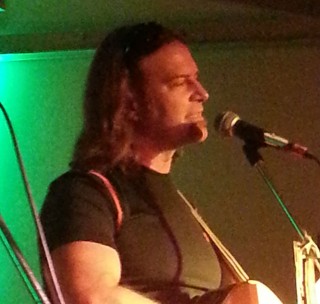 The Ticked Off Music Fest is an East Coast, US concert series dedicated to the prevention, awareness and cure of Lyme disease and other tick-borne illnesses that have become the fastest-growing infectious diseases in the country.
The next event to kick off is Ticked Off Music Fest Annapolis scheduled for Thursday, August 28 at the Loews Hotel Power House at 126 West Street in Annapolis, MD, starting at 6:30 p.m.

Tickets are $50 which includes h’ordeuvres and 2 drink tickets for beer, wine or soda.

The music line-up features Les Stroud from the “Survivorman” TV series. Les will be playing acoustic guitar & harmonica and will be speaking about his TV show.

Also appearing is Houston-native Alisa Turner who will be playing her breakout hit “Breathing” about her own struggles with Lyme disease.

Gregg Kirk of The Zen Engines will be playing acoustic versions of his band’s material, all inspired by his healing journeys through Lyme disease. And rounding out the bill is Maryland songwriter, environmental lawyer, and outdoor educator Dirk Schwenk.

Proceeds from the Ticked Off Music Fest Annapolis will benefit National Capital Lyme Disease Association, a non-profit group that offers education and support for those suffering with tick-borne disease. – See more at: http://www.tickedoffmusicfest.com