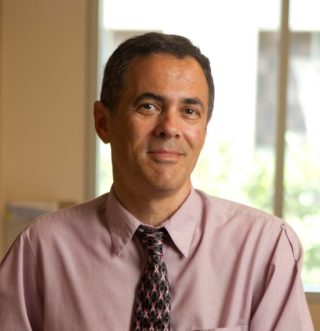 IN REMEMBRANCE OF: Neil Spector, M.D.

IN REMEMBRANCE OF:  Neil Spector, M.D.
On a beautiful fall day in 2017, Dr. Spector presented to the NatCapLyme membership at Johns Hopkins Sibley Memorial Hospital in Washington, D.C. as part of our ongoing Esteemed Speaker Series. Having never previously met Dr. Spector, I had no idea what to expect. I knew he was driving round trip from Durham, North Carolina – without asking for an honorarium or travel expenses – and he had recently published his successful memoir, Gone in a Heartbeat:  A Physician’s Search for True Healing.  He arrived an hour early and immediately started reaching out to others. I remembered how comfortable he was with himself in a strange crowd and how it seemed so important to him to acknowledge everyone who approached or spoke to him. In observing this, I was so moved by his gentle kindness and compassion as he interacted with others – persons, like him, whose lives had been significantly and permanently altered from one infected tick bite. I will never forget what happened that afternoon. With a packed house of patients and physicians, Dr. Spector revealed himself in a way I had never witnessed before from any other doctor – with honesty and humility he revealed himself as a “wounded healer,” that is, as both a Lyme patient and practitioner. He spoke, in particular, about his interest in researching immune therapy for Lyme disease, similar to the promising precision medicine treatment emerging from immune therapy for cancer treatment. In fact, he so clearly articulated the parallels in the complexity of both illnesses and their impacts on the immune system. The program began at 2:00 pm in the afternoon and, even with a five-hour drive back to Durham, N.C., he was still taking patients questions as darkness fell. As I watched him drive off that night, I knew I had encountered an extraordinary human being and that I was a better person for it. For the first time in many, many years, I felt a sense of hope for the hundreds of thousands of us praying for a cure for Lyme disease, or at least significant advances in elevating the devastating symptoms of tick-borne illnesses. This long-desired hope was equally shared by the audience as evidenced by the overwhelmingly positive feedback we received about his presentation from our membership. If you are interested in watching this inspiring presentation/lecture by Dr. Spector from that afternoon, it is archived on our website. Click on the title of his talk to access “Analogies between Lyme Borreliosis and Cancer Biology: Therapeutic Implications.”
Share
View All News

NatCapLyme has suspended in-person support group meetings resulting from the global Coronavirus pandemic for the time being.

We will resume meetings once it is safe to do so for our community.