NatCapLyme > May Is Lyme Disease Awareness Month In Virginia 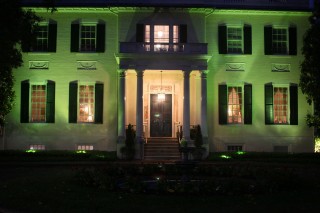 May Is Lyme Disease Awareness Month In Virginia

The Virginia legislature adopted a resolution in 2011 that permanently proclaimed every May to be “Lyme Disease Awareness Month” to recognize the increasingly critical issue of Lyme disease, a serious infectious disease transmitted to people and pets through a tick bite. The risk of contracting tick-borne infections rises as ticks become more active in warmer weather.

Lyme disease is the most commonly reported vector-borne illness in the United States. The Centers for Disease Control (CDC) reported more than 30,000 cases in 2012 but estimated the number of cases may be as many as 300,000 actual cases. Lyme disease is frequently unreported or misdiagnosed. The CDC reported 1,120 cases of Lyme disease in all regions of Virginia in 2013 up 14% from 2012.

A major milestone in the fight against Lyme disease was the passage of the Lyme Disease Testing Information Disclosure Act of 2013. This law requires health care providers to give written disclosure to people who are tested for Lyme disease that current laboratory testing can produce false negative results, especially in the early stage of the disease.

While doctors and research scientists continue to look for better methods of diagnosis and treatment, and, ultimately a cure, prevention is the best medicine. Check for ticks frequently after exposure and quickly remove them to reduce the chances of infection when they are attached to you or your pet. When in doubt, seek prompt medical attention. Learn about Lyme disease symptoms, proper tick removal, and prevention methods on our website athttp://www.natcaplyme.local/.

Join us for the 5th Annual 10Kand 5K Run/Walk & 1K Fun Run for a cure on May 17 at Brambleton Park in Loudoun County. Bring your family and friends to learn about Lyme and associated diseases, greet your local elected officials, and meet more than 40 local vendors supporting the cause. Please register online at our website http://www.natcaplyme.local/ or athttp://www.loudounlyme.org.